Online learning at your convenience

Petroc Willey BD, PhD, STL, PhD, is married to Katherine and has four children – Charis, Benedict, Nicholas and David, and granddaughter Miriam. He is the Director of the Catechetical Institute and of the Office of Catechetics at Franciscan University, Steubenville.

He worked in English Catholic higher education, in Oxford and in Birmingham, for more than twenty-five years, in seminary and lay institutions, and in both traditional and distance education. From 1985-1992, he was Lecturer in Christian Ethics at Plater College, Oxford. From 1992-2013, he worked at the Maryvale Institute, Birmingham, where he first directed the Master's Program and then went on to be Deputy Director and the Dean of Graduate Research. He then helped to establish a center of formation for the new evangelization, the School of the Annunciation, in Buckfast, England, where he is Reader in the New Evangelization, before moving to Franciscan University.

Appointed by Pope Benedict XVI a Consultor for the Pontifical Council for the Promotion of the New Evangelization in Rome, Petroc was for more than twenty years editor of a journal for catechetical leaders, The Sower. He also hosted the EWTN catechetical series, Handing on the Faith.

He has authored numerous study texts in philosophy and theology at undergraduate and graduate levels as well as Become What You Are: The Call and Gift of Marriage (HarperCollins), with his wife, Katherine Willey. Recent publications include The Catechism of the Catholic Church and the Craft of Catechesis co-authored with Barbara Morgan and Pierre de Cointet, and with an introduction by Christoph Cardinal Schönborn (Ignatius Press); chapters in The Pedagogy of God (eds. Caroline Farey, Sr M. Johanna Paruch and Waltraud Linnig, Emmaus Road); ‘The Catechism of the Catholic Church and the New Evangelization’, in Paul Grogan and Kirsten Kim (eds), The New Evangelization: Faith, People, Context and Practice (Bloomsbury T & T Clark), Reading the Catechism (Catholic Truth Society); and ‘Catechesis: the pastoral art of making everything easy’, in Michael G.Sirilla (ed), From the Beginning: The Mission and Vocation of the Family in the Contemporary World, 2nd edition, Emmaus Road. 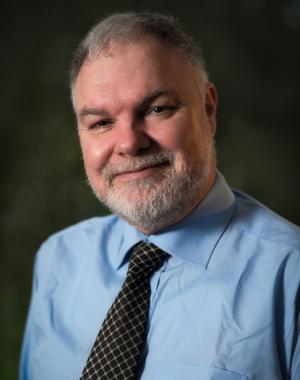